In a world of monsters, magic, and an evil mage, bravery is indispensable. After the big bang, your characters are left to pick up the world’s wreckage. Such is the hero’s journey in the hit South Korean game MapleStory. While your friends are off binging their favorite Netflix show for the tenth time, you’re gaining experience points, collecting currency, and tackling tough quests. Entering your username and password into the log in page of MapleStory sends a thrill through your body. You’re about to face fierce foes and defeat bad guys with a single blow. What a satisfying way to spend your evenings. You know better than anything that saving the realm is no easy feat. You love MapleStory and you’ll do whatever it takes to become a gaming master. But mastering a game takes work and life has a way of getting in the middle. Lucky for you, there is a way to journey through MapleStory more efficiently.

As a modern-day gamer, you might have heard about proxies. What you may have overlooked are the assorted uses for proxies and how they can further your progression through your favorite game. This is no joke: the game you cherish is about to become a whole lot easier. MapleStory proxies are your solution to life’s time constraints. In this blog, we’ll explore how to use proxies for MapleStory botting, other uses for MapleStory proxies, and how to avoid MapleStory bans.

What Is a MapleStory Proxy? 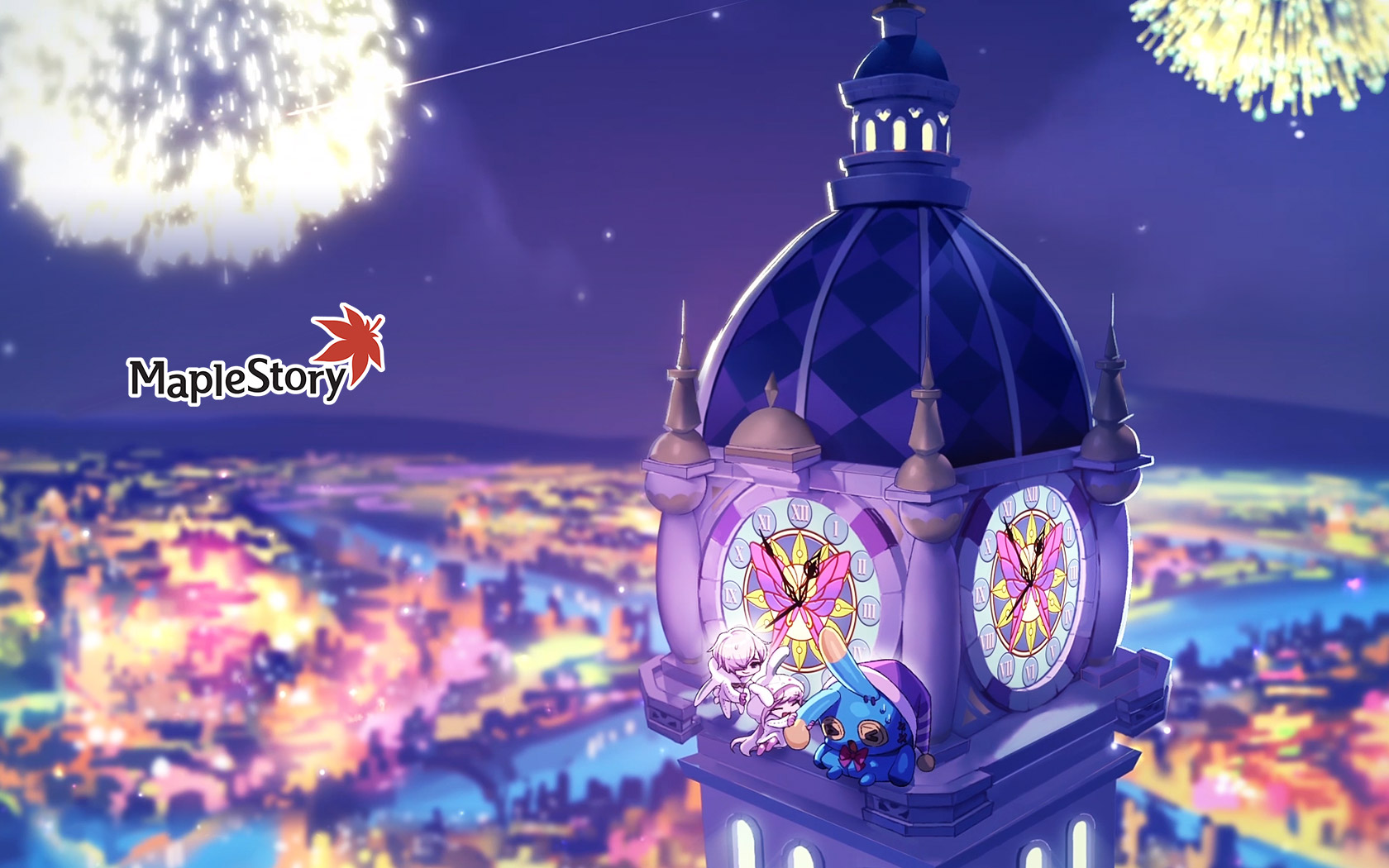 Think of a proxy as an alternative doorway between you and the internet. Every computer has a unique IP address and much like a street address, your computer’s address is limited to a particular geographical location. A proxy replaces your original IP address with a different one. One that can bypass your physical location and restrictions placed on said location. How does a proxy do this? In short, each time you send a request, enter a website into a search bar or click on a pop-up, your Internet Service Provider makes the request for you. Doing this reveals your computer’s real IP address to the place you’ve requested to be taken. A proxy reroutes this request so that your actual IP address is hidden, and your chosen destination sees the new IP address provided by the proxy. Proxies aren’t exclusive to the gaming community but have become a popular way to automate gameplay.

The best proxies for MapleStory are ones that give you the ability to change to a convenient location and offer unlimited bandwidth. The more bandwidth, the more data you are able to download to your computer. Choosing a proxy provider that offers a variety of subnets is also important. Subnets are connected, yet independent pieces of a domain. The more subnets, the more diversity in the proxies you buy. Diversity in your proxies means more anonymity online. Your activity becomes more difficult to track with a larger selection of subnets. Since proxies are purchased in bulk, five being the minimum, having variety in the IP addresses make it easier to fly under the radar. Plus, Japanese proxies for MapleStory will place you right near the heart of the game. 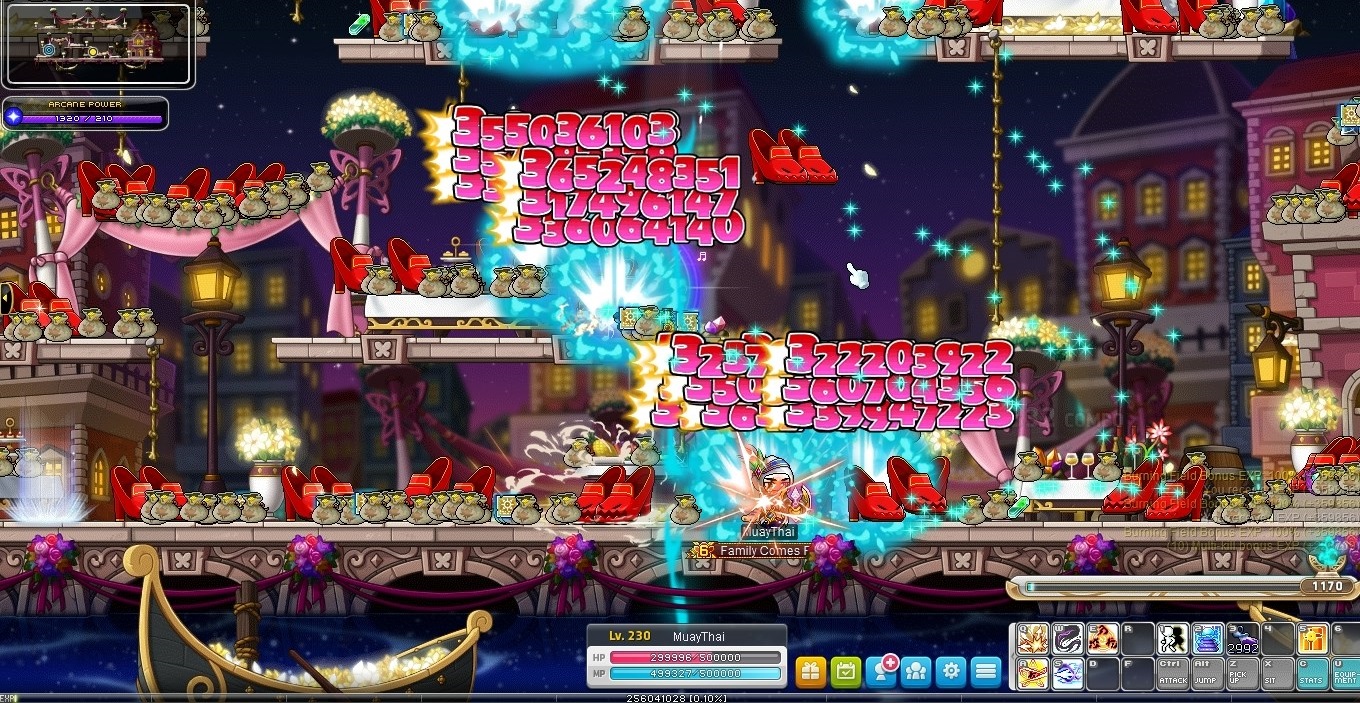 Since MapleStory and its follow-up, MapleStory 2, were created in South Korea, players in certain locations outside of Asia might have a difficult time accessing the game. For example: players from Indonesia only have access if they created an account in or before 2014, and potential players in Russia are blocked entirely! A MapleStory proxy will give the impression that the player is located in a different location, such as the United States or Japan.  For this reason, using a proxy to change locations is one of the most popular applications. If friends of yours are dying to play the game but live in a restricted area, let them in on the (not so) secret of proxies.

It might come as no great surprise that a proxy also helps shield your computer. A fantastic benefit of hiding your location is the added security. Without a proxy, your computer’s actual IP address is exposed for all eyes to see.

In addition to a location change, you can use proxies for MapleStory botting. Botting, funny as it sounds, is a kind of automation where a digital bot steps in for the actual player. This bot can do everything from attacking monsters with random patterns to collecting the game’s currency. Many players like botting because it speeds up the length of time it takes to move through regions like Ludus Lake or Lung Garden. If you run into a part of the game that has you shaking your head or preventing you from moving forward at a steady pace, then a bot can assist with that. Proxies are paired with bots because they allow you to make multiple requests using IP addresses, making it easier for the bot to do its job. Proxies for MapleStory botting are a fantastic way to get the most out of MapleStory.

I mentioned in an earlier paragraph that the original MapleStory has an equally popular sequel: MapleStory 2. One of the main differences between the two games is that MapleStory 2 takes place on a 3D plane, while MapleStory is 2D. This update makes for an incredibly realistic version of Maple World. Many of the same cities make a valiant return in the sequel, creating a streamlined update to an already fantastic world. Whether you play one version of the game or both, the proxies discussed with work the same, saving you the trouble of buying different proxies for individual iterations of the game. Saving money on proxies and saving the world? We love to see it!

Just What are SOCKS Proxies for MapleStory? 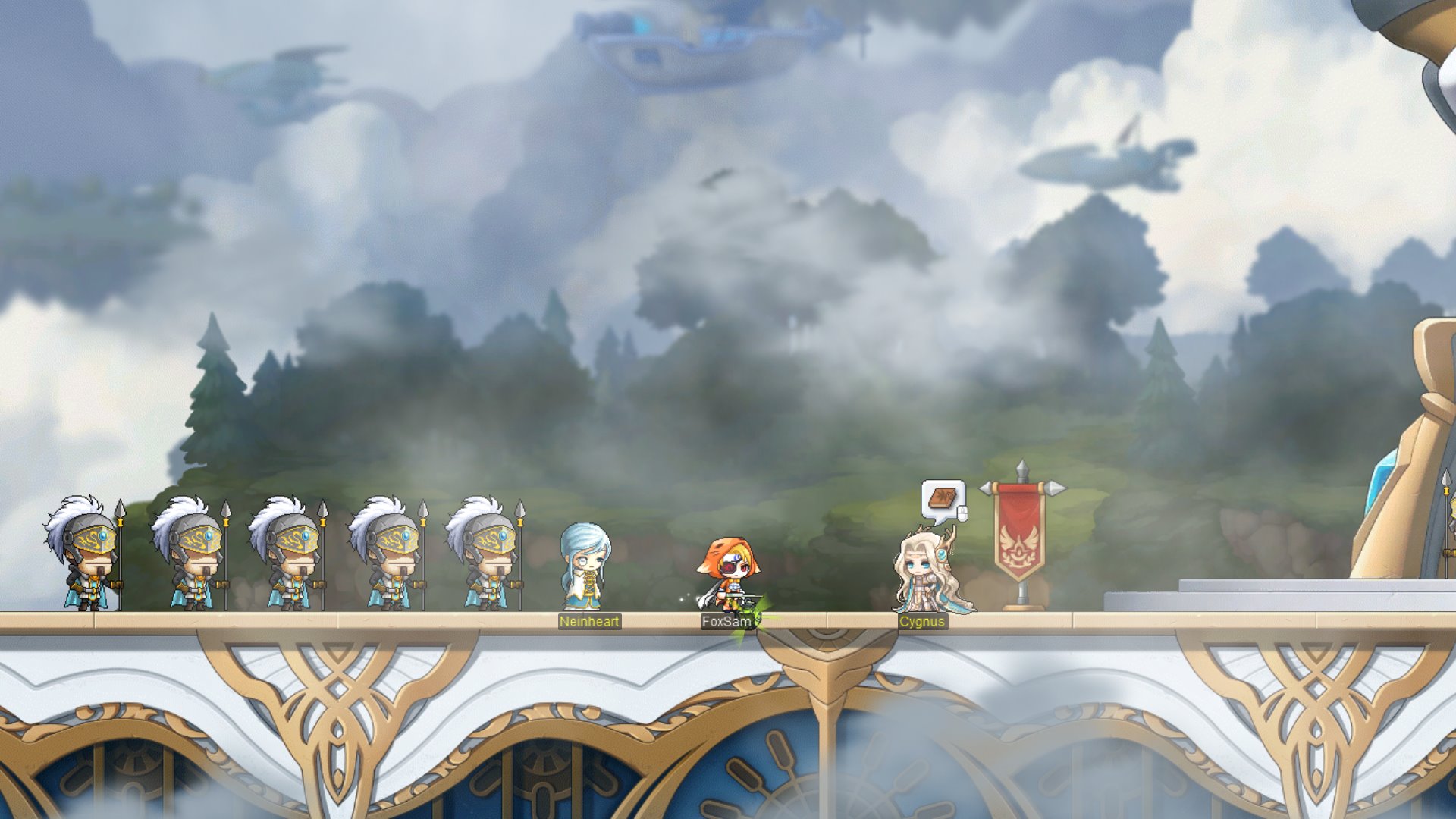 In your preliminary search for MapleStory proxies, you may have come across many different versions of proxies. So much information on the subject can be overwhelming and make you hesitant to purchase a proxy at all.  Rather than giving up on understanding proxies all together, remember there are only a few words to consider when discussing MapleStory proxies. These words are SOCKS and HTTP. All you want is while playing MapleStory is to lounge around in your socks, not learn some complicated protocol. But understanding the difference, even at a high level, is a useful addition to your proxy knowledge.

First, it’s good to note that the internet runs on a series of protocols, not just one. It makes sense considering how massive the online world is and how many people use it on a regular basis. Two of those protocols are SOCKS and HTTP. Secure socket (abbreviated as “SOCKS”) protocols exchange information between a client and a server, but don’t interpret that information. SOCKS proxies are not linked up with a specific port, which puts fewer restrictions on their usage. As a bonus, SOCKS proxies are often faster because they are simpler in nature.

Going a step beyond SOCKS is a SOCKS5 proxy. A SOCKS5 protocol is a more protected version of the standard SOCKS. While SOCKS is more common, SOCKS5 works with different authentication types, allowing for a safer exchange of data. The best part? Both SOCKS and SOCKS5 will work wonderfully with MapleStory.

HTTP proxies, unlike SOCKS, can interpret and understand the data that’s being exchanged between the client and server. It’s crucial to note that, as of now, HTTP protocols are not supported by MapleStory. For even more information on protocols, take a look at our comprehensive blog on the subject.

A Note on Using a MapleStory IP Address 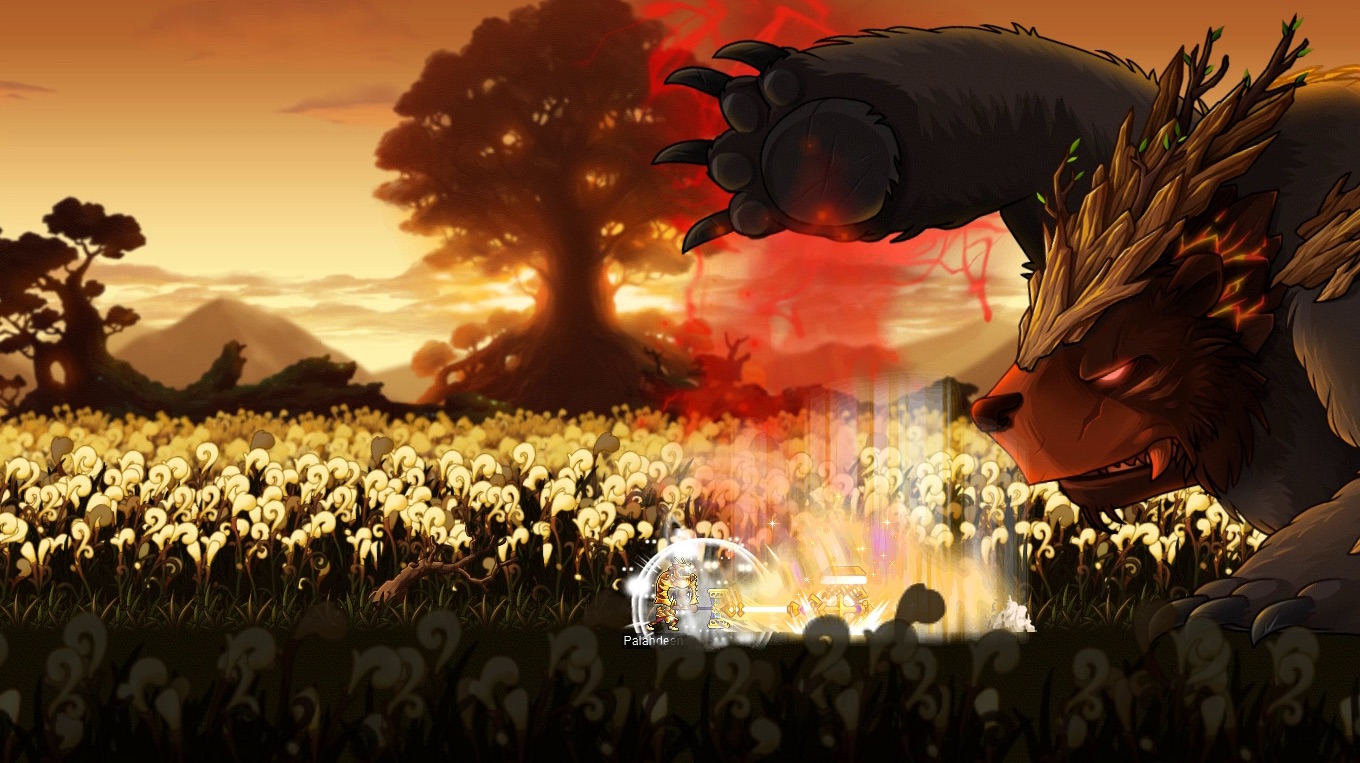 As mentioned earlier, using a proxy for botting is very popular amongst MapleStory players. But while many gamers use proxies for good, some players utilize botting technology for nefarious reasons. For example, botting can be used as a way to collect and sell someone’s personal information and as a means to make money. A proxy is meant to shield you, not expose your location or show how you spend your time online. All this to say, be vigilant about how others might use proxies and keep yourself educated about the safest way to bot on MapleStory without problems arising. The more you know about how proxies and botting work together, the better equipped you’ll be when playing MapleStory online.

There’s also another way to ensure you’re making the right choices while botting. This comes down to where you buy your proxies from. You wouldn’t buy a car from a dealership you don’t trust, would you? The same can be said for online purchases. Make sure the company you buy your company from is reputable and, while free proxies exist, they are less secure and reliable. A good way to have your account flagged is by sharing your login information with fellow gamers. Although this is a kind gesture, lending your account to friends or family makes your IP address vulnerable. If you’re playing MapleStory 2, make sure to respond to the game master’s request if needed. Companies just want to know that a real player, not a bot, is locked into their system. Your life is made brighter by playing this exciting, magical game. Taking these precautions will help keep you off the radar and allow you to continue playing MapleStory and MapleStory 2 at your leisure.

Final Thoughts on Proxies for MapleStory

There you are, exploring the intriguing, complicated temple of time. You’ve spent countless hours developing your character and gaining skills unparalleled to that of the real world. But you run into a hitch, your boss just assigned you a project at work. A project that will fill up evenings and even weekends. Free time is cluttered with unwanted obligations and your favorite game goes untouched. Gorgeous graphics and mystical worlds call your name in magnified tones. Before you give up all hope of entering new worlds, imagine a technology that offers an alternative way to play. Don’t go quitting your job in haste, instead consider using proxies for MapleStory botting.

Once gaming finds its way into your blood, it’s there for life. All your newfound knowledge of proxies will become an invaluable source of information when playing MapleStory. After all, the more you know, the more secure you’ll be while playing and the more you can focus on perfecting your character’s skill level. Getting the most out of MapleStory is the ultimate goal. Why sacrifice that goal because of extenuating circumstances. Take your time when choosing the best proxies for MapleStory and remember to take precautions. Once purchased, your MapleStory proxy will open up a part of the game you didn’t even know existed.

The information contained within this article, including information posted by official staff, guest-submitted material, message board postings, or other third-party material is presented solely for the purposes of education and furtherance of the knowledge of the reader.

All trademarks used in this publication are hereby acknowledged as the property of their respective owners.

To get exclusive deals and more information about proxies.

Start a risk-free, money-back guarantee trial today and see the Rayobyte
difference for yourself!

Live Stream Your Gaming With Ease Using A Twitch Proxy

Use An Overwatch Proxy To Become An Invaluable Team Member